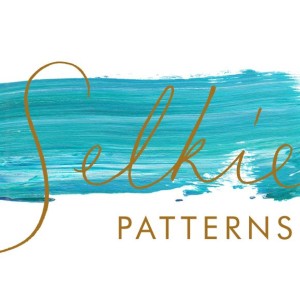 What’s In A Name: The Rossetti Dress

The true secret of happiness lies in taking a genuine interest in all the details of daily life.

Hello and welcome back to the blog!

We have had a busy week at Selkie Patterns HQ – , we have grown, planned, plotted and launched our brand new sewing pattern, The Rossetti dress and blouse.

The Rossetti dress and blouse is inspired by the imaginative style of the Pre-Raphaelite muses. Available in UK sizes 6-26, the Rossetti will quickly become your new favourite: a satisfying make with no fastenings along with different frill variations to make it your own. With an elasticated waist, the Rossetti will give you the balance of a casual feel with a dressed up look.

The Rossetti comes in three versions: an everyday midi dress, a stand-out maxi dress (fabric permitting) and a wardrobe staple blouse. With optional frills to make the pattern truly your own, get creative by adding a fashionable hem ruffle, playful neckline frill, waist frill or delicate frills above the bust.

Featuring a V-shaped neckline with a relaxed wrap bodice that sits just above your natural waist, gathered yoke details on the back and front bodice and a flattering bias cut skirt which is perfect for flouncing!

So where did the name Rossetti come from? Here at Selkie Patterns we have loved naming our patterns sentimental names. We named our first pattern London after the city where both myself and Caroline met and carved out our lives. We named our second pattern Lin, meaning linen in Caroline’s mother tongue, Swedish.

Our new pattern Rossetti is named after the Pre-Raphaelite painter, Dante Gabriel Rossetti, whose work was inspired by and featured incredible artistic and daring women. Women such as Jane Morris and Lizzie Siddal.

Rossetti was a founding member of a brotherhood which was strongly linked to the British Arts and Crafts Movement. The Arts and Crafts movement came about to reform design and decoration in mid-19th century Britain. It was a reaction against a perceived decline in standards that the reformers associated with machinery and factory production. I think we can all relate to this movement of treasuring and protecting the hand made and hand sewn movement!

Rossetti founded the Pre-Raphaelite Brotherhood in 1848 with other artists such as William Holman Hunt and one of my other favourite painters John Everett Millais.

Rossetti was the inspiration for a second generation of artists, writers and influencers, most notably the famous William Morris. Most of you will know William Morris for his prints and home interiors that are as relevant today as they were all those years ago.

Rossetti’s work was inspired and moved by his red headed muse Lizzie Siddal. Lizzie Siddal was an artist and poet who was the red headed muse of the Pre-Raphaelite brotherhood. She is recognised globally as the model who posed as Ophelia painted by John Everett Millais. Her face is featured across the paintings of the Pre-Raphaelite brotherhood members; they where enchanted by her.

Lizzie, the legendary muse, has inspired artist, designers and musicians such as Florence and the Machine for generations. She was the face of an artistic movement during a time when redheads were not considered ‘fashionable’ and were often only depicted as ‘fallen women’.

Lizzie was also a South London girl like Caroline, myself and Florence Welsh, which I hope makes us cooler in your eyes…! Lizzie and the Pre-Raphaelites created their art in South London in the local area of our studio. This makes me very happy!

I find Lizzie an inspiring women and it’s a testament to who she was as an artist and muse that a movement founded by a group of male artists was centred around this woman and that she is visually known by her face.